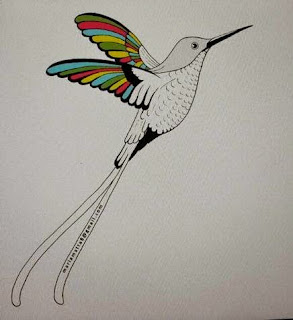 My childhood was not exactly typical. As a result, the circumstances of my formative years instilled in me the practice of never taking anything for granted and of trying to appreciate everything in life—no matter how small.

I was born and raised in the eastern suburbs of Beirut with a majority-Christian population, where right-wing political parties and militias dominated on the ground. My mother originates from Zahle, a large Christian town in the middle of the Bekaa Valley where a majority of Muslim and left-wing militias dominated during the war. Zahle was put under siege several times and paid an enormous price in term of casualties and destruction over the war period, roughly 1975 to 1990.

When my uncle (Mum’s brother) passed away in the 1980s, the situation in the Bekaa was relatively calm, so my parents decided that we would all go to my uncle’s funeral. All seven of us—Mum, Dad, my two sisters and brothers and I—rented two taxis to go to Zahle and give final respects to my dead uncle. On our way back from the funeral, however, a military road-block was suddenly put on the highway from Zahle to Beirut. Cars were checked and some people, mostly young men, were pulled out and were told to stand aside. We got worried sick! My two brothers were in their early 20s. Although they were never involved in any type of political activity, it was difficult to predict at that time what these militias wanted. They held lists of names for people they were looking for. “Maalouf” is a very big clan in Lebanon, and thousands carry this surname so obviously some of “us” were active during the war. Luckily, my two brothers’ names were not common names and were not included on that black list.

That evening, we were all quiet at dinner and grateful to our parents for having given us some uncommon names! Seeing all of us at the table that evening was a real blessing and filled my heart with gratitude.

Looking back on those 15 long years living in a war zone, I see that growing up in such circumstances deeply affected me, shaped my very personality, and taught me how to break through difficulties by appreciating life’s most basic gifts: being alive, being in good health and being surrounded by family and friends.

Mercifully, we don’t all live in a country torn by civil war, but we all have other kinds of war to deal with. Keeping a grateful attitude makes us see the positive in every situation—even those that are ugly and violent.

"Gratitude gives us the drive and energy to get up, shake off the dust, rebuild what was broken and move on with our lives."

To read similar stories, please check my co-authored book Energize Your Leadership: Discover, Ignite, Break Through. It was written by 16 authors with one common goal—to inspire people to rethink their personal and professional attitudes. Sixteen real-life stories were composed for readers who want to excel and make a difference in the lives of their students, colleagues and so on. The book is divided into four parts: “Energize Yourself,” “Energize Others,” “Energize Your Workplace” and “Energize Your Future.” Each chapter’s content stands on its own, so the book can be read in any order. Furthermore, all chapters follow the same framework: the author’s personal narrative, the lesson learned from the story, a few key questions for the reader to ponder, and finally some action steps based on the theme of each chapter.
Get your copy by clicking here.

We sometimes struggle with the pressure to lead, perform and excel.
Living a meaningful life can also be a challenge.
“Energize Your Leadership” was written by 16 authors for one common goal: to inspire people to rethink their personal and professional attitudes.
Here you have 16 real stories for people who want to do even better in life, and who want to make a difference. The stories were written to inspire and stimulate, to rouse and motivate. Some may cause you to ponder, others to jump out of your chair and take vigorous action. They were composed for people who want to do their best in their professional and personal lives, for leaders who want to have a significant impact.
As you read our book, you will become familiar with our stories. We hope your vision and passion will be reignited.
Have a glimpse at some selected quotes from our book and start your journey of inspiration! 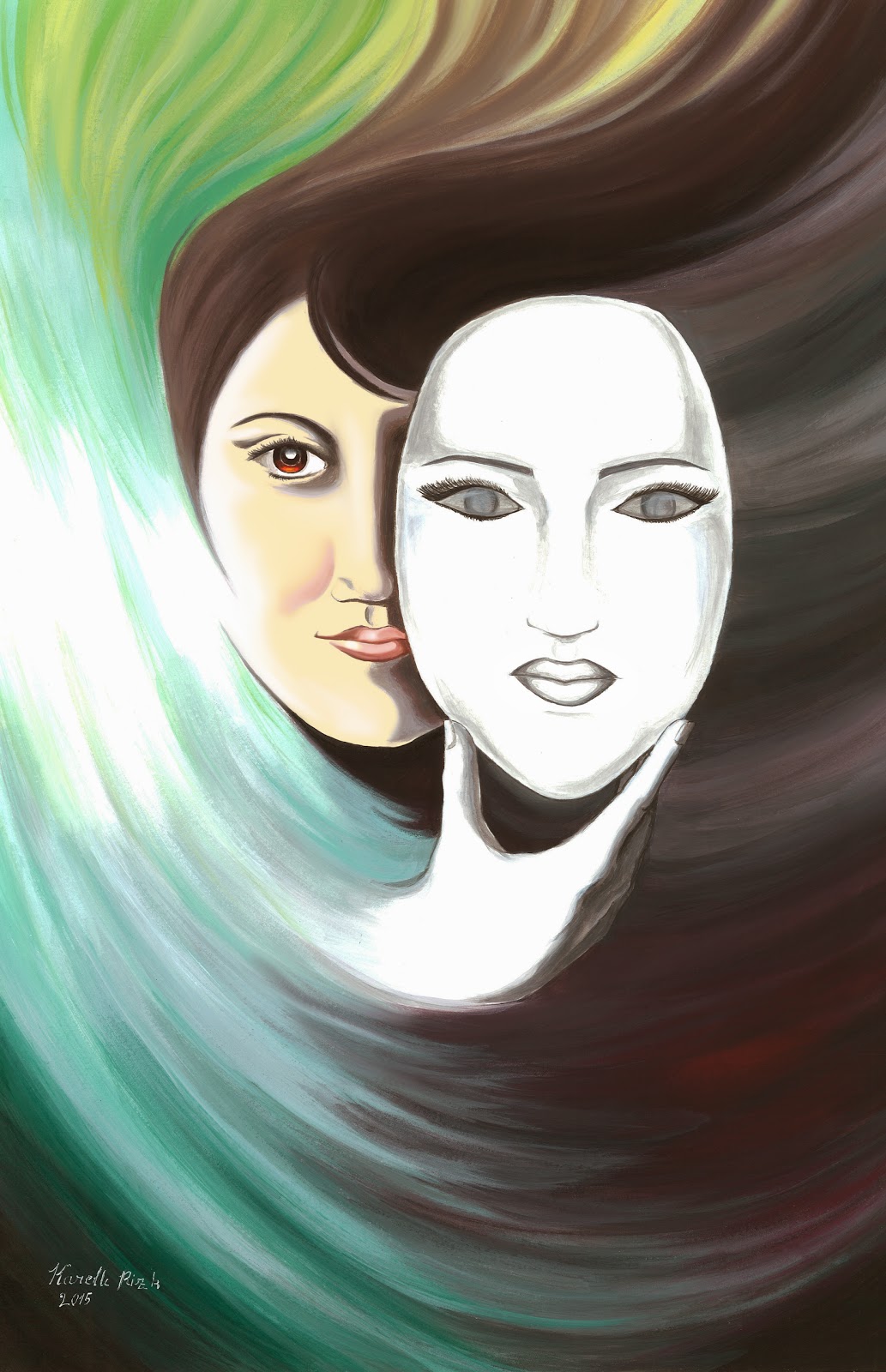 "Forget showing the world you're perfect. Show people that you're human." ― Alli Polin 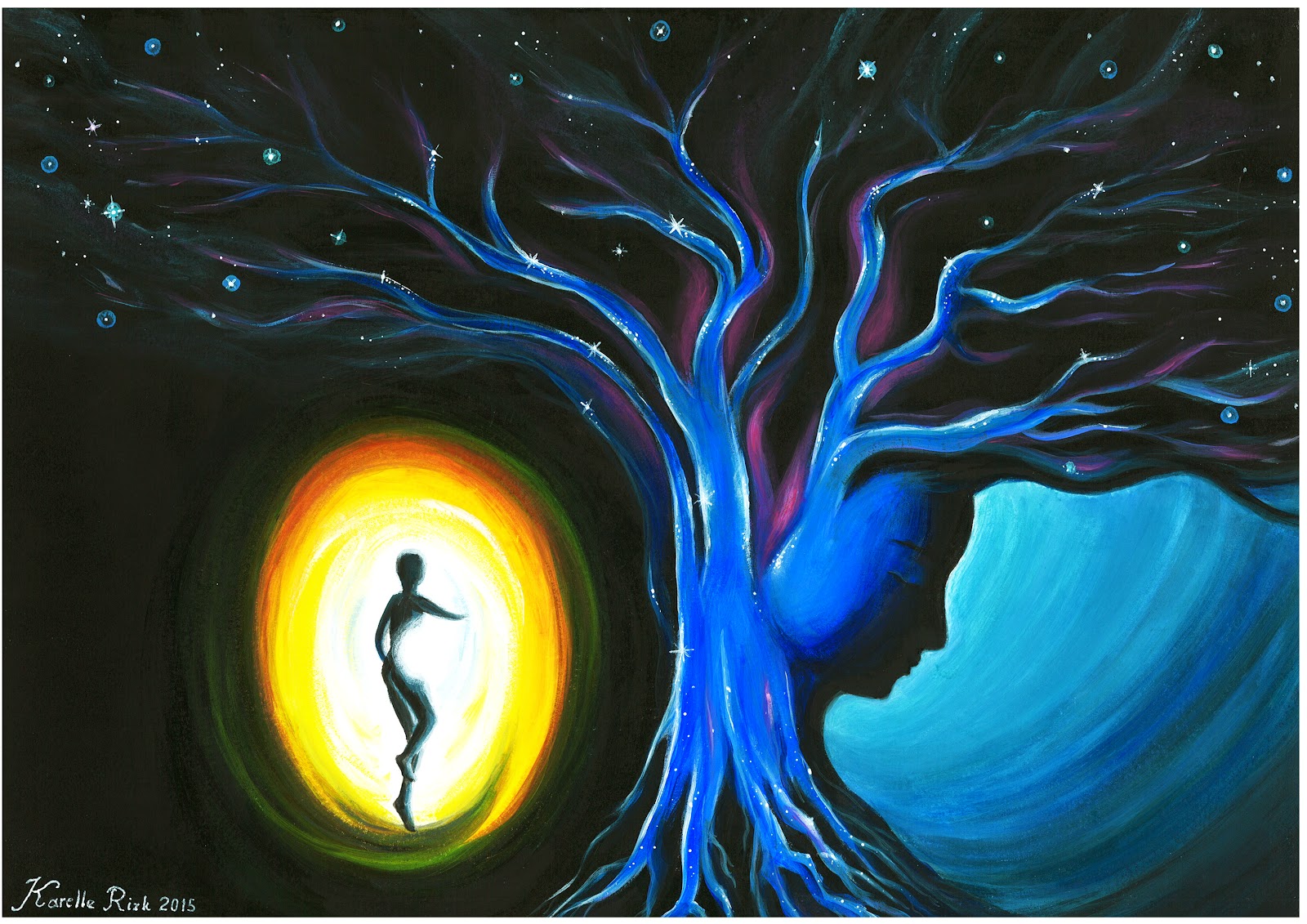 "I stayed safe because I listened to the truth my gut screamed at me instead of my logic." ― Chery Gegelman 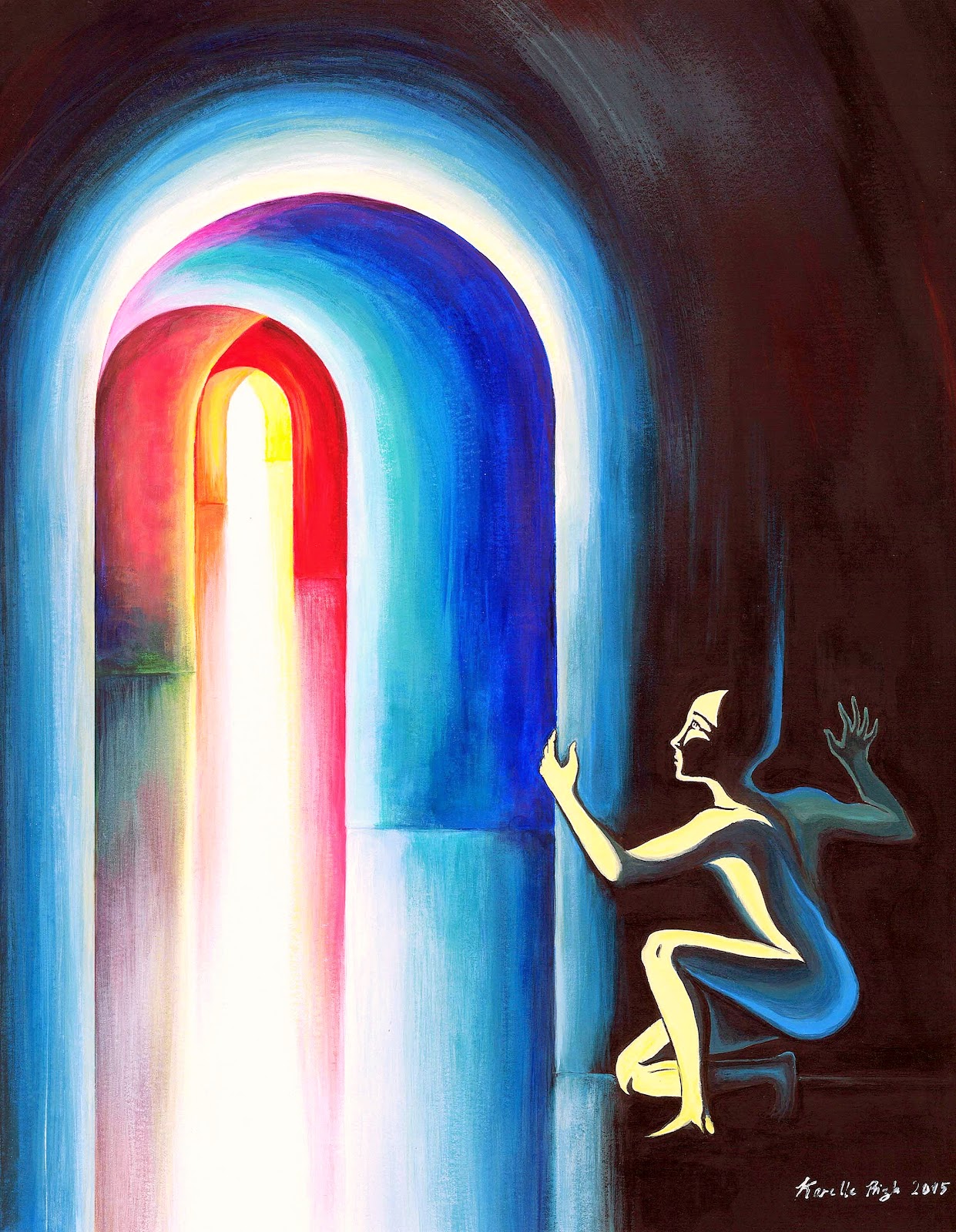 "If you focus only on your barriers, you’ll never see the road." ―LaRae Quy 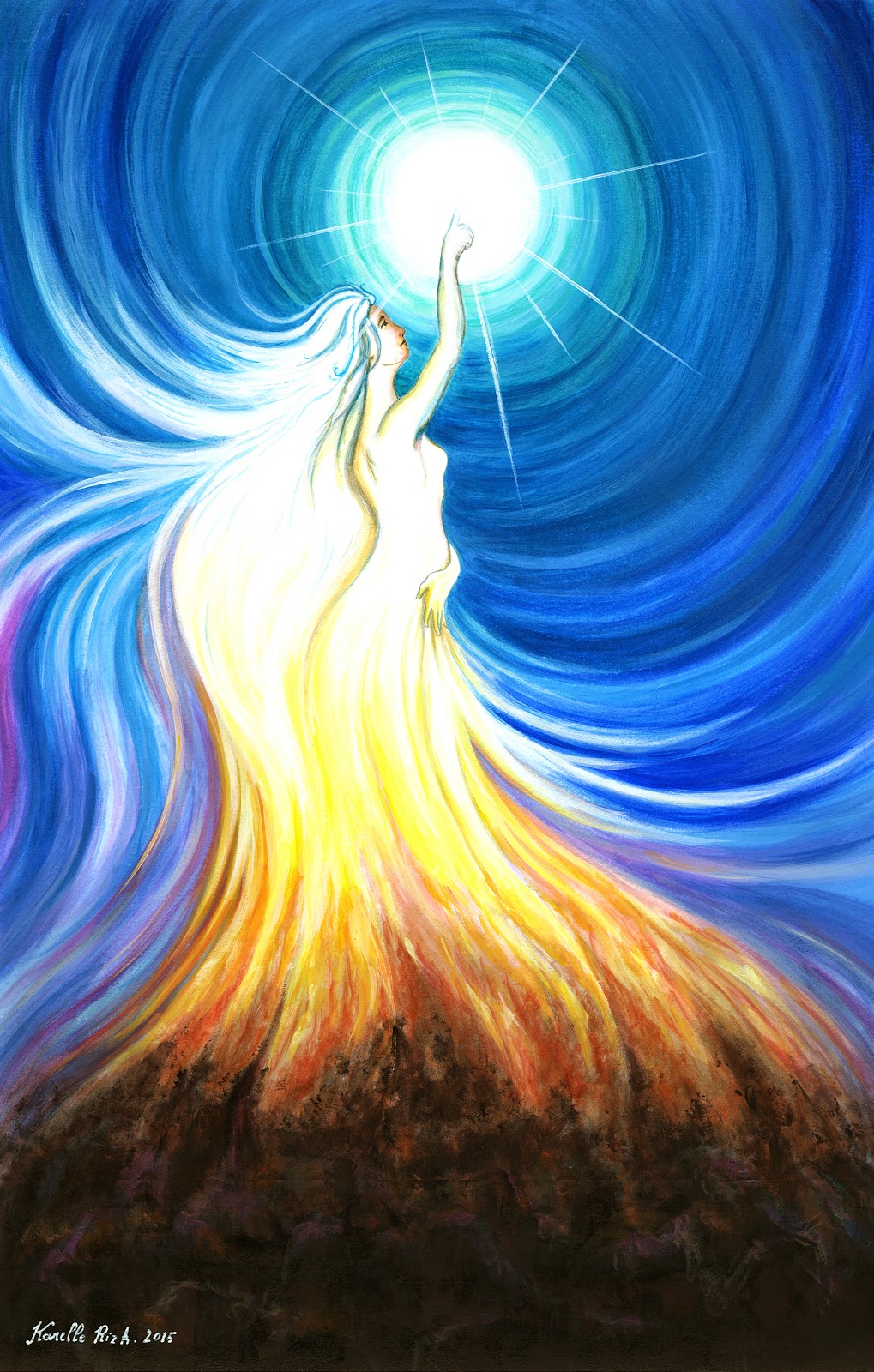 "Be grateful to be alive!
Get up, shake off the dust and move on with your life." ― Hoda Maalouf 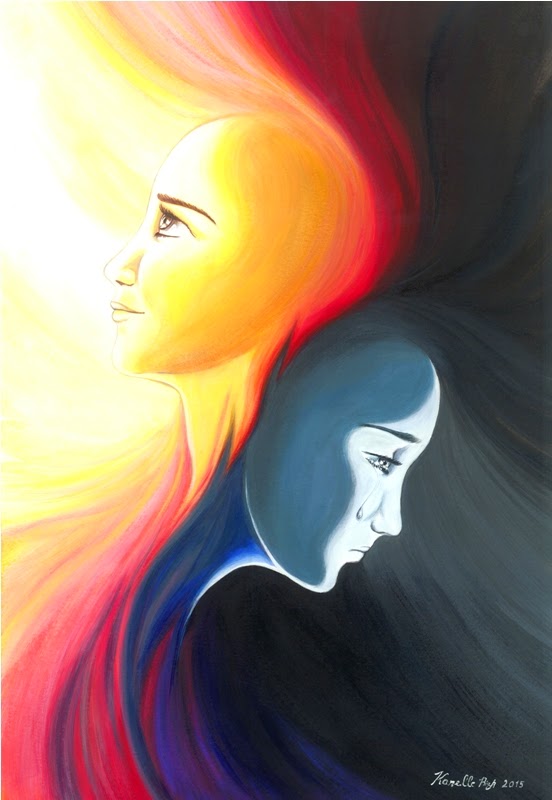 "Our struggles can serve us if we allow them to change us." ― Scott Mabry
All artworks were created by Karelle Rizk to accompany these quotes. 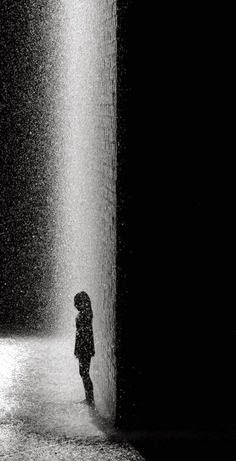 We all must handle tests—academic and otherwise—and make timely decisions. From a very early age, I learned to make fast decisions because of the uneasy living conditions in which I was raised during the Lebanese civil war.
One such test I recall is when I had an oral exam in Mathematics at the university. All was quiet and normal that day. One after another, my fellow students solved their exercises, passed and went on their merry way. But suddenly and just before my turn arrived, heavy shelling started. It was not very close to the university campus, but I knew that it would reach us soon.
The instructor handed me my exercise and said I had 10 minutes to solve it. I looked at it and in the splash of a moment I found the solution, to his surprise and mine. I didn't know how I managed to solve it that quickly but I was sure of one thing: I wanted to leave that place and get back home as soon as possible. Our house in the Beirut suburbs was scarcely safer than the university campus, but being surrounded by my parents and other loved ones gave a sense of security and safety.
Each one of us goes through different tests in life which are unique and challenging. But such tests have certain things in common. I have learned from the experience of others and would like to humbly offer some tips of my own. In order to be able to deal with crucial tests it is useful if you can:

"An expert is someone who has succeeded in making decisions and judgments simpler through knowing what to pay attention to and what to ignore." ― Edward de Bono

Thank You RAP for your valuable Comments!
Image: Standing in the Rain – by Ana Livingston

Another year has gone by. I would like to say it was a wonderful year, full of nothing but blue skies and sunshine, joy and laughter. In fact, 2014 was loaded with both good and bad events. But the fact that I am now sitting at the keyboard writing this post is evidence that I have survived my problems—at least most of them!
You may already know how passionate I am about paintings and quotations. As I have some free time today, I intend to float with you through a few of my favorites. I have chosen Khalil Gibran's quotes because, as is the case with many of you, I feel that I have plenty in common with him! Like him, I have moved away from my country of birth and lived abroad, and I have known the feeling of being not from either the East or the West; rather I am a placeless human. If this prevents me from having a sense of being rooted in one spot, I savor the perspective it has given me. I speak to you as true friends. If Gibran can be said to have a darker side, he was mostly attracted to the light—and this is true for us. We seek beauty and knowledge. We are grateful to be alive, and to love and be loved in return. 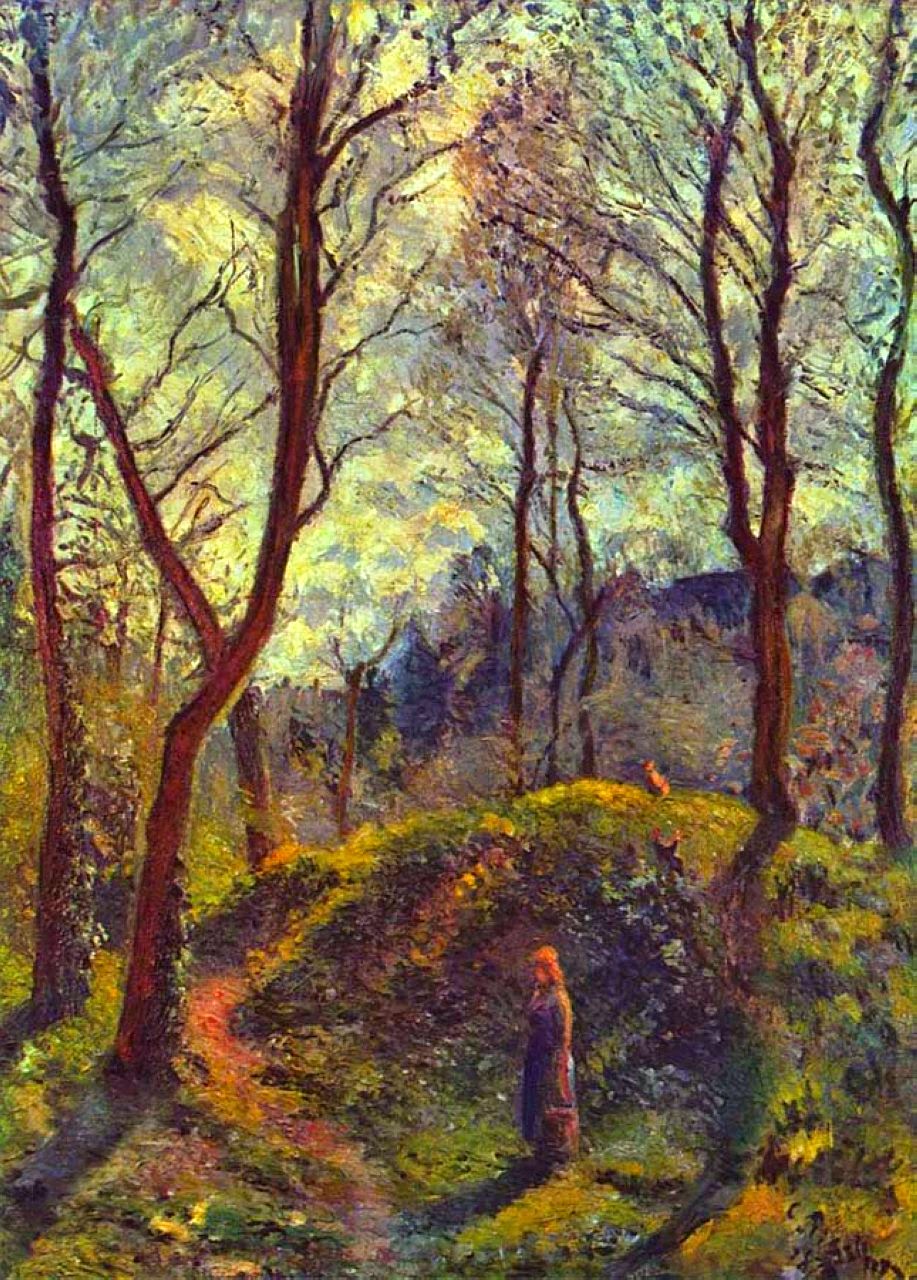 “Trees are poems the earth writes upon the sky, We fell them down and turn them into paper, That we may record our emptiness.” ― Khalil Gibran﻿ 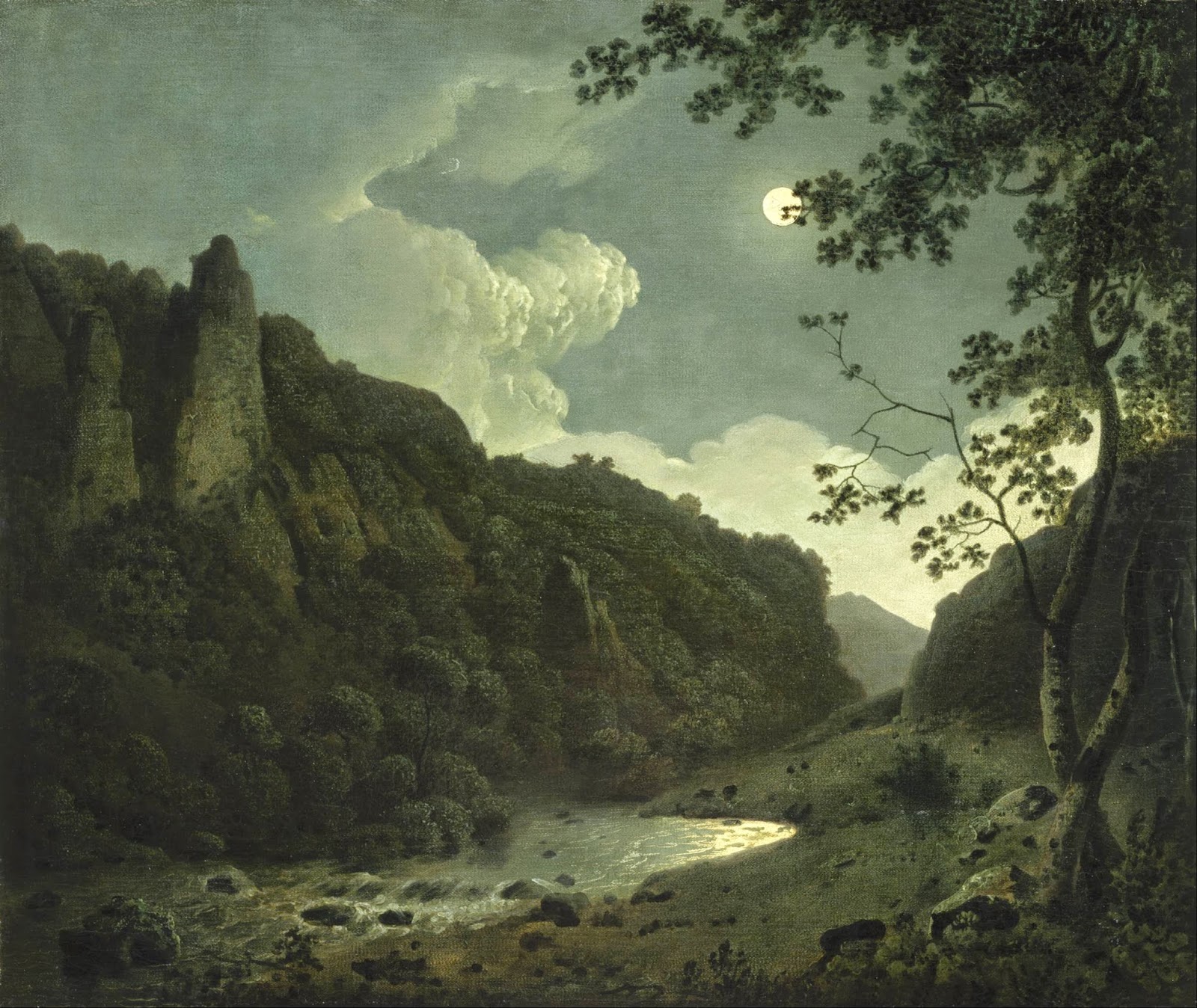 “We are all like the bright moon, we still have our darker side.”― Khalil Gibran 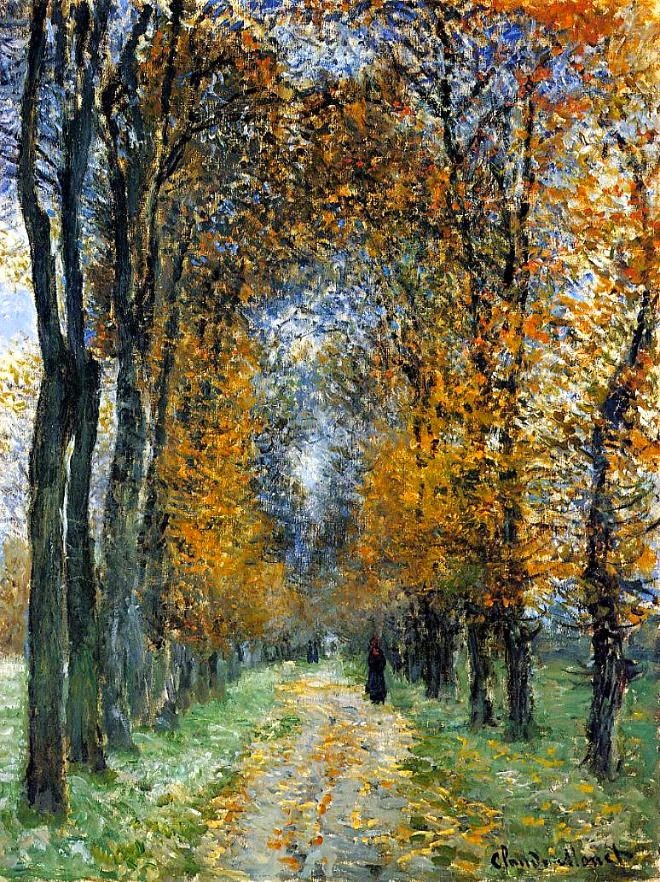 “Wake at dawn with a winged heart and give thanks for another day of loving.” ― Khalil Gibran 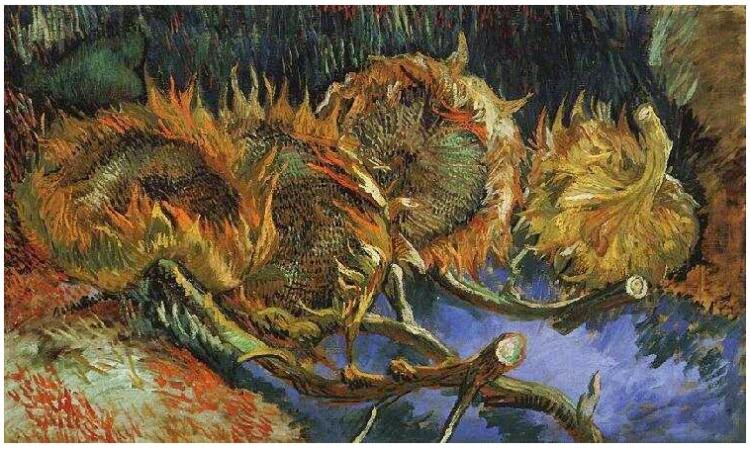 "Oh heart, if one should say to you that the soul perishes like the body, answer that the flower withers, but the seed remains." ― Khalil Gibran